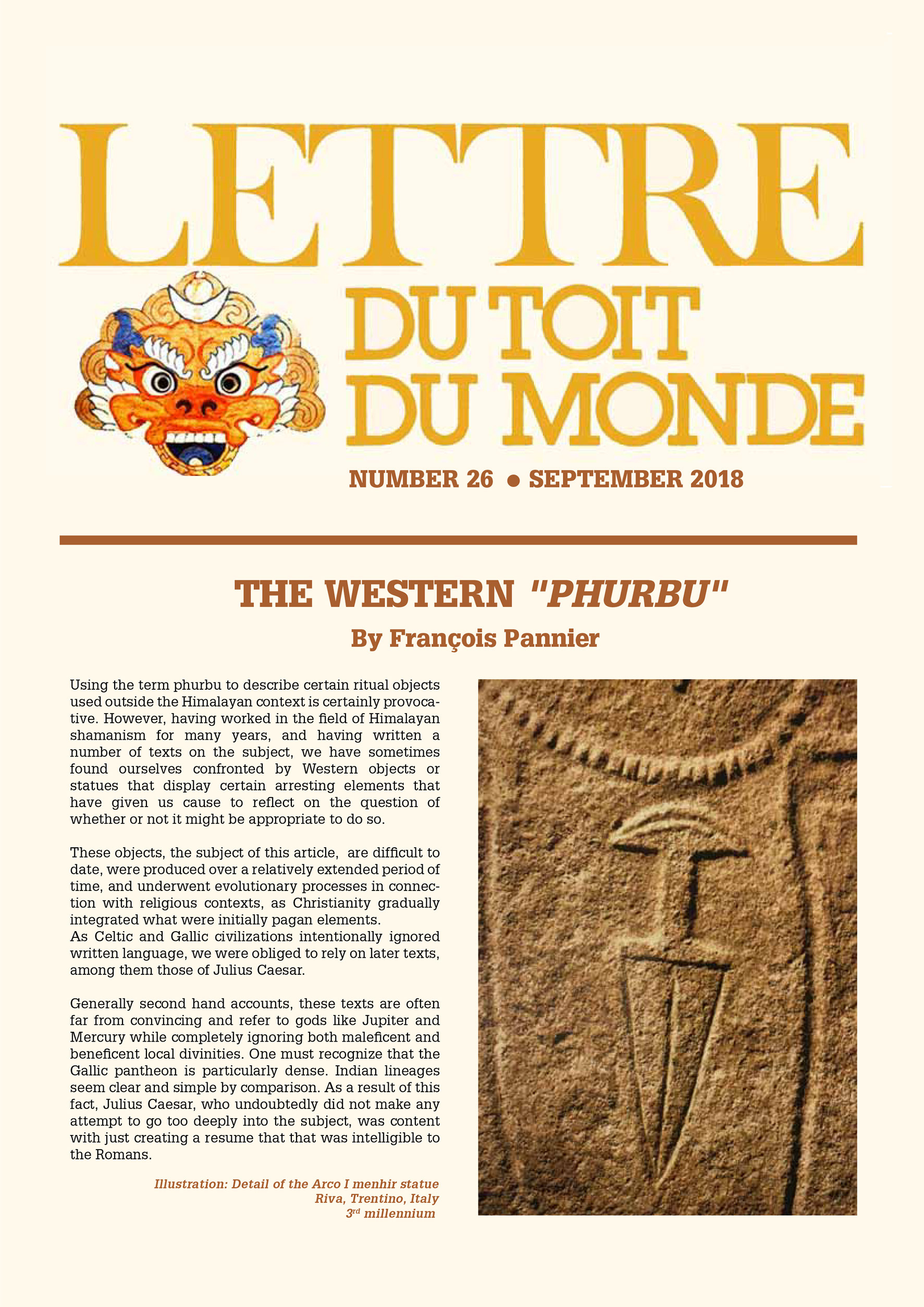 Using the term phurbu to describe certain ritual objects used outside the Himalayan context is certainly provocative. However, having worked in the field of Himalayan shamanism for many years, and having written a number of texts on the subject, we have sometimes found ourselves confronted by Western objects or statues that display certain arresting elements that have given us cause to reflect on the question of whether or not it might be appropriate to do so.

These objects, the subject of this article, are difficult to date, were produced over a relatively extended period of time, and underwent evolutionary processes in connection with religious contexts, as Christianity gradually integrated what were initially pagan elements. As Celtic and Gallic civilizations intentionally ignored written language, we were obliged to rely on later texts, among them those of Julius Caesar.

Generally second hand accounts, these texts are often far from convincing and refer to gods like Jupiter and Mercury while completely ignoring both maleficent and beneficent local divinities. One must recognize that the Gallic pantheon is particularly dense. Indian lineages seem clear and simple by comparison. As a result of this fact, Julius Caesar, who undoubtedly did not make any attempt to go too deeply into the subject, was content with just creating a resume that that was intelligible to the Romans.