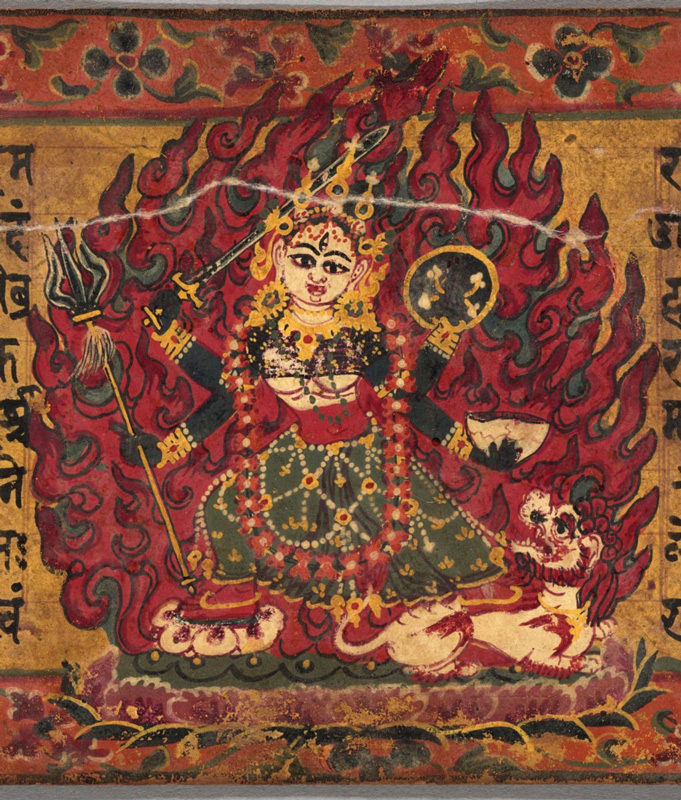 Glory to the Goddess - Around a Nepalese manuscript of the Devimahatmya kept in the Guimet Museum,

The conference will be held on 22 September 2022 at 18:00 in the auditorium of the Musée Cernuschi.

Developed in India during the Gupta period (4th-6th century), the Devimahatmya is one of the most important texts of the Hindu religious currents known as Shakta. For the followers of these spiritual paths, the source of all things in the universe is feminine in essence and referred to simply as Devi, « la Déesse »

In a myriad of forms, often warrior and combatant, Devi manifests her supreme and immeasurable power by overcoming the forces of evil. In an epic and lyrical style, the Sanskrit text narrates the exploits of the one who is « as resplendent and as beautiful as the sun ».

In the light of an 18th century Nepalese illuminated manuscript preserved in the collections of the Musée Guimet, we propose to revisit the genesis and development of the Devimatmya, both in India and in Nepal, where this text is one of those most frequently copied and illustrated.

The announcement can be found on the SEECHAC website: https://seechac.org/gloire-a-la-deesse-autour-dun-manuscrit-nepalais-du-devimahatmya-conserve-au-musee-guimet/