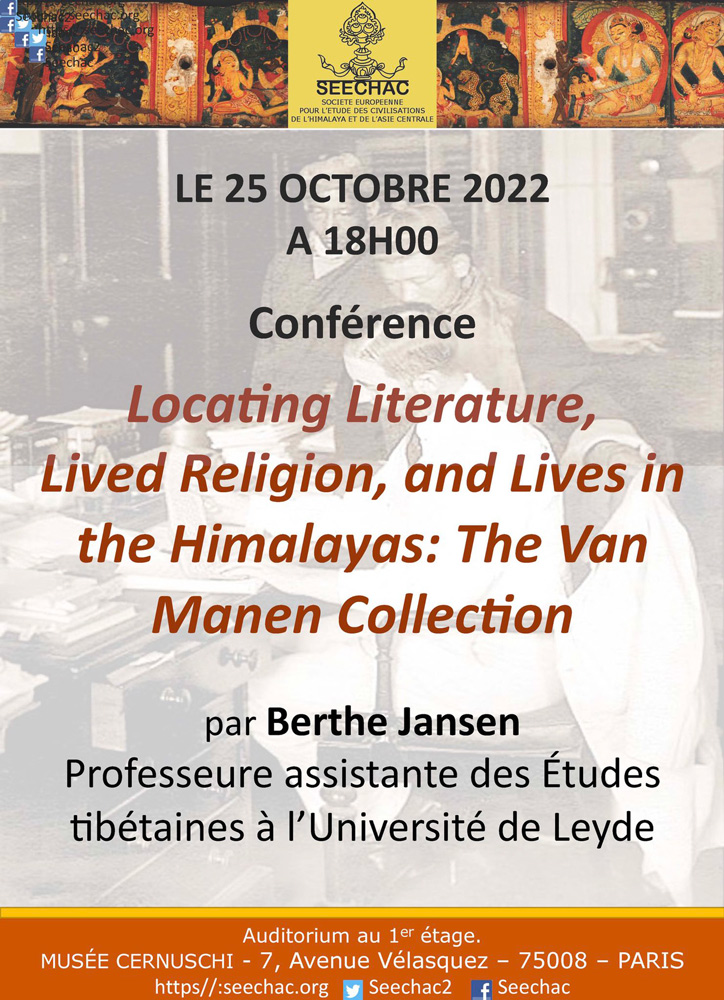 The Van Manen collection, held at the University Library of Leiden, contains a large number of Tibetan and Himalayan texts. These began to arrive in Leiden in the 1920s and 1930s, when texts were sent from India, together with Sanskrit and other Indian material, by Johan Van Manen (1877-1943). After Van Manen's death in 1943, a large part of his personal collection was also kept at the Kern Institute, which is now part of Leiden University. Later, the objects he collected, both his personal collection and what he had been commissioned to buy for the University, were kept in the Leiden Ethnographic Museum (Museum Volkenkunde) where they remain to this day. While it was a relatively important resource for earlier generations of scholars of Tibetan and wider Himalayan studies, in recent years the collection has become more or less forgotten.