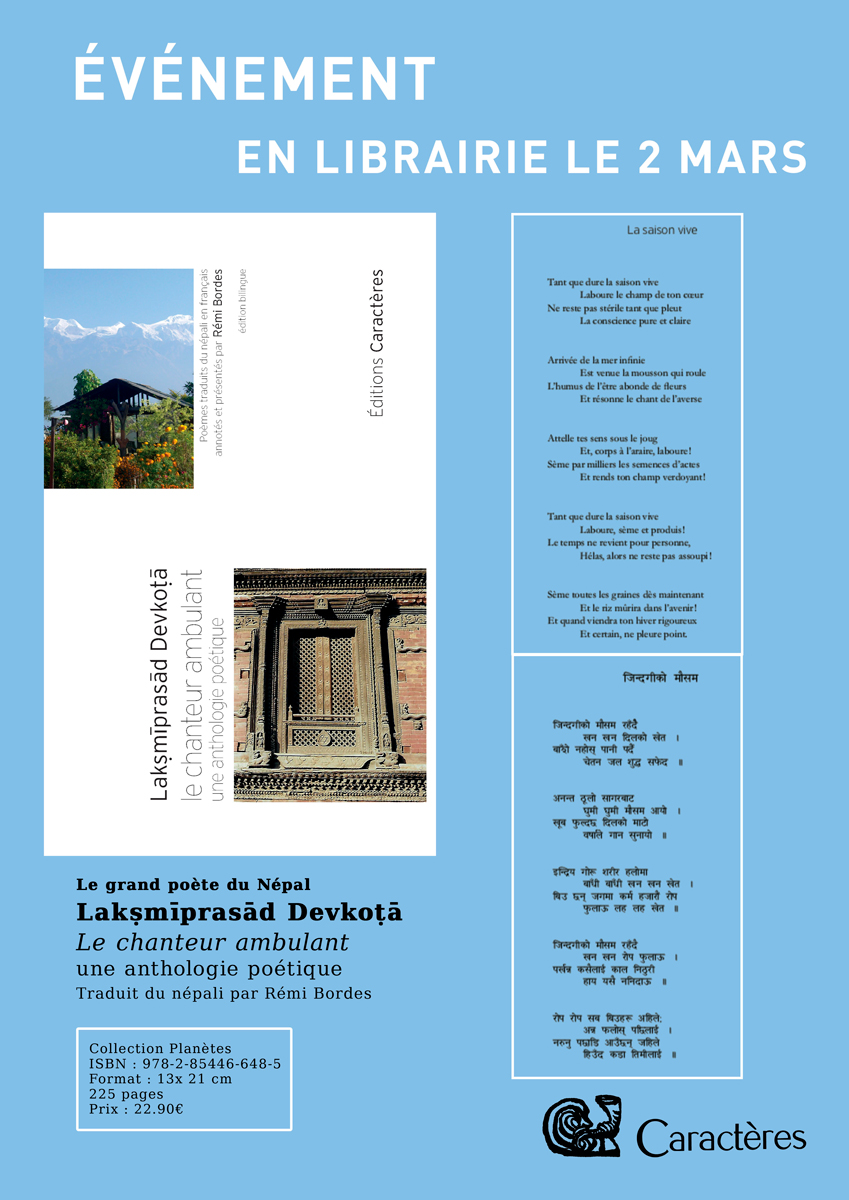 We inform you of the publication, partially bilingual, of a rich anthology of the - major - work of the great Nepalese poet Lakṣmīprasād Devkoṭā (1909-1959). Rémi Bordes carried out the translations and the critical apparatus, co-director of the South Asia Himalayas department, head of the Nepali section and lecturer in Nepalese language and literature at INALCO.

While India had its Tagore, neighbouring Nepal had its Devkoṭā Perhaps due to its closure and lack of translators, the news never really got out. Still, it is certainly time for this significant writer to go beyond its borders and meet a wider audience. The author of a large and diverse body of work, Lakṣmīprasād Devkoṭā (1909-1959) is in his country the immediate classic of modernity, a tutelary figure. While remaining firmly rooted in Indo-Himalayan culture, his poetry, with its emotional sensitivity and rare density of expression, often tinged with spiritual resonances, is mixed with a humanist thought of universal aspiration. Finally, here are translated into French some significant pieces of the work of Devkoṭā which restore both the plurality and the coherence of his career by one of the rare French-speaking specialists of the Nepali language.