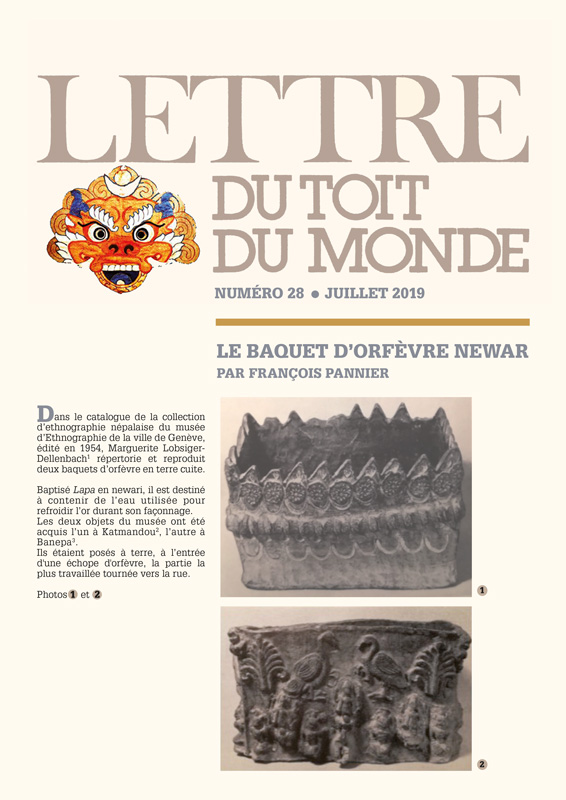 Called Lapa in the Newari language, troughs of this kind are used to hold water needed to chill gold while it is being worked. One of the two objects in the museum was acquired in Kathmandu2 and the other in Banepa3.

They were placed on the ground by the entrance to a goldsmith’s workshop with the most elaborately decorated side of a trough facing the street.