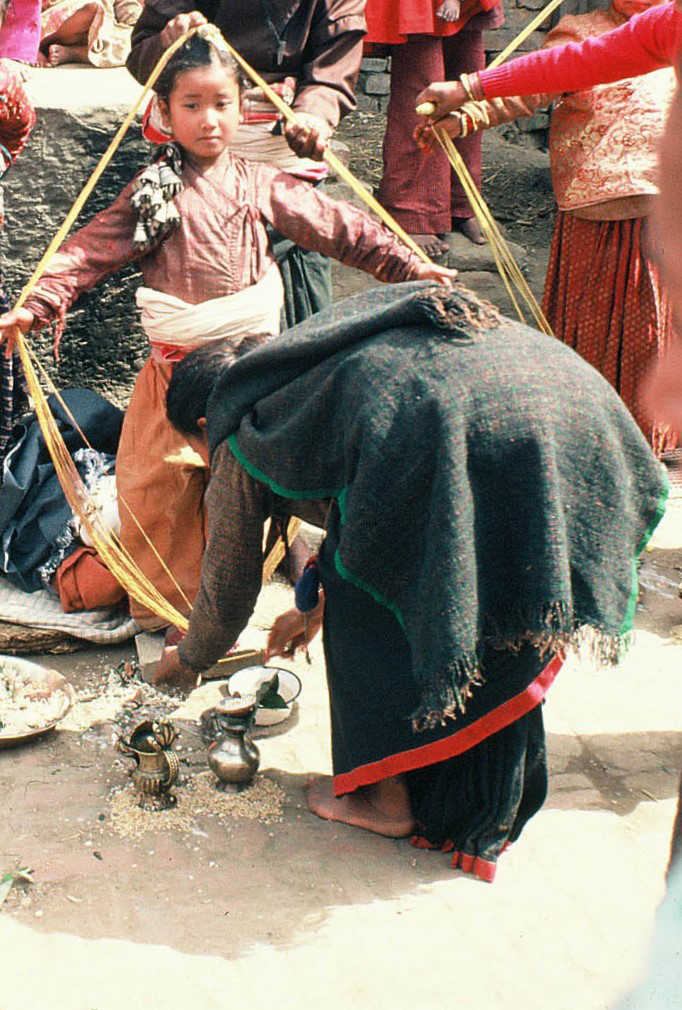 The theme will be:

Marriage of Newar girls to a god Nepal

The particularity of Newar society in the Kathmandu Valley is the coexistence of Buddhism and Hinduism for centuries. At the level of the religion of the individual, the Newars define themselves either as Hindus or as Buddhists and employ either a Buddhist priest (vajracarya) or a Brahman.

In Newar society, rites of passage provide social and ethnic identity. Two rites are specific for the Newars of the Kathmandu valley: the marriage of young girls before puberty (ihi) with a God either Vairocana for Buddhists or Vishnu Narayana for Shivaite Hindus. The second ritual is that celebrated by a person as well a man as a woman who reaches the age of seventy-seven years, seven months and seven days, a ritual called bhura jyanko or bhima ratha which ensures the passage of a person from the world of men in the world of the gods.

The evening will be devoted to the description of the wedding ritual (ihi) celebrated by Buddhists in Thimi, a locality located in the east of the valley. The ceremony lasts two days, the morning of the first day is devoted to the installation of the mandala of Vajradhatu and the invitation of the gods who must attend the ceremony. The second part of the first day is marked by taking the measurement of the girl's body with a yellow cord. The marriage with the ritual of the gift of the daughter and the walk around the fire will take place on the second day in the presence of the priest. Only the priest knows the text in Newari and Sanskrit which will be used during the celebration of the ritual. Apart from the priest two other categories, painters and potters play an important role in the unfolding of the ritual. This ritual marriage with a god, before puberty, is followed by a marriage with a human husband, at the age of fifteen.

Hoping you always faithful to these evenings.