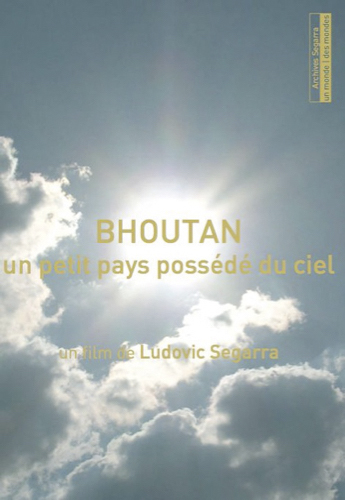 They had the privilege of being among the first Westerners to be able to reach this kingdom, during the relaxation of the rules of accession to the country decided by its fourth king, in 1974. Their visas were numbered 2 and 3 in the list of visitors. Their film allows the discovery of this small state perched in the Himalayas, which was once part of the principality of Tibet, to become a kingdom in 1907 and a member of the United Nations since 1971. Ludovic Segarra highlights the spiritual sources of life in this country, which is one of the last islands of Tibetan culture. A sociologist who has chosen the camera as his working instrument, Ludovic Segarra knows how to both allow the contemplation of a beautiful landscape and establish bonds of friendship with men haunted by the beyond of material life, by the divine order of the cosmos and the conviction that one must live with this order. Today, Bhutan is still characterized mainly by its concern for food self-sufficiency, the deeply religious character of its people and their propensity for happiness.

The screening of the film is also an opportunity to bear witness to a changing world. Tourism and the mass media have turned the "traditional" context upside down: the younger generations are more fascinated by the soccer World Cup, watched on their cell phones, than by their rituals. François Pannier, President of the ARCH (Association for the Radiation of Himalayan Cultures), will present part of his talk during the international symposium at the Carnival and Binche Mask Museum devoted to the preservation of intangible heritage, during which he will present an inventory, with photographs and film extracts, of the profound changes that have affected the Himalayan zone.