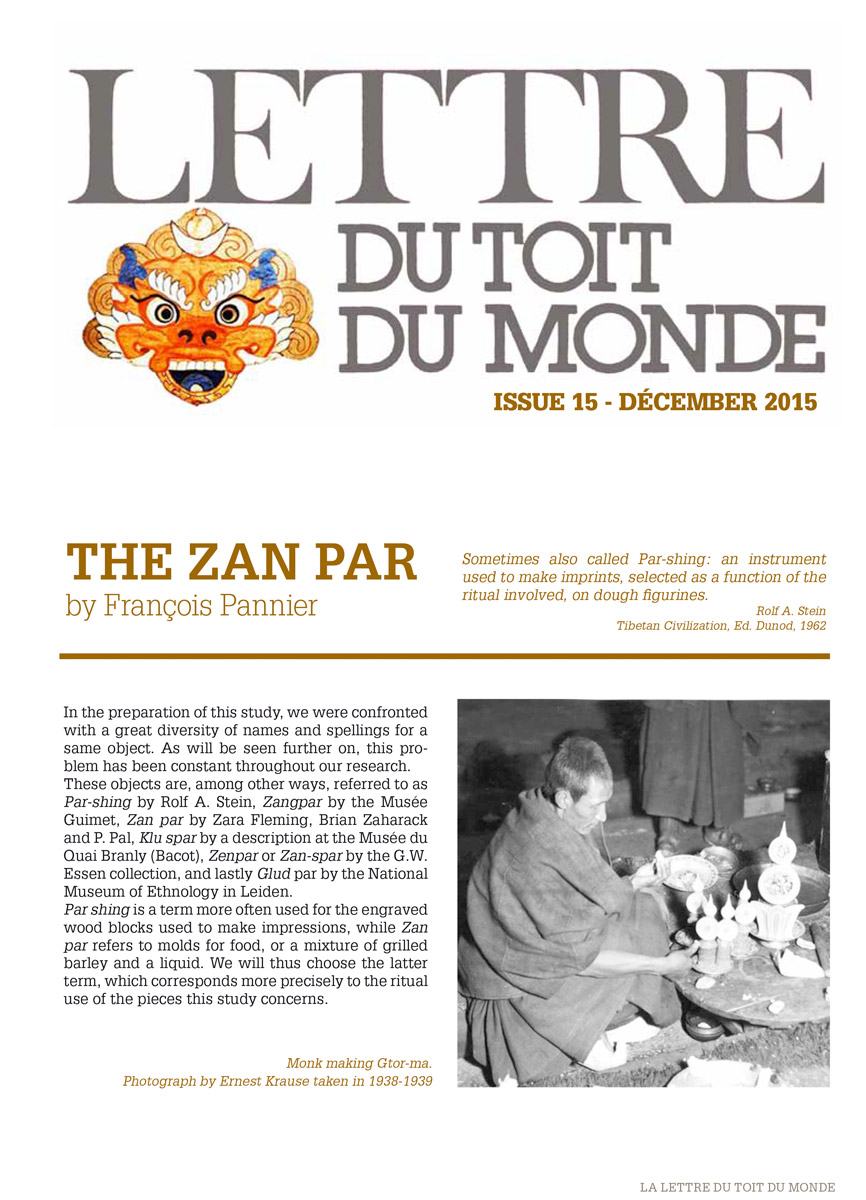 In the preparation of this study, we were confronted with a great diversity of names and spellings for a same object. As will be seen further on, this problem has been constant throughout our research. These objects are, among other ways, referred to as Par-shing by Rolf A. Stein, Zangpar by the Musée Guimet, Zan par by Zara Fleming, Brian Zaharack and P. Pal, Klu spar by a description at the Musée du Quai Branly (Bacot), Zenpar or Zan-spar by the G.W. Essen collection, and lastly Glud par by the National Museum of Ethnology in Leiden. Par shing is a term more often used for the engraved wood blocks used to make impressions, while Zan par refers to molds for food, or a mixture of grilled barley and a liquid. We will thus choose the latter term, which corresponds more precisely to the ritual use of the pieces this study concerns.