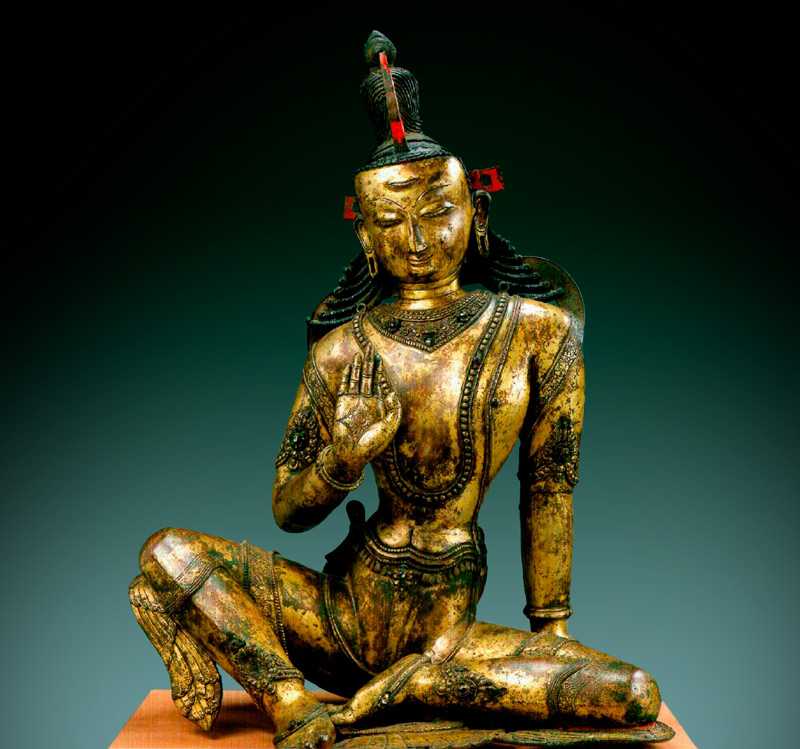 The evenings of December 2021

We continue our collaboration A.R.C.H. / Société des Études Euros-Asiatiques, and propose the

Thursday, December 9 at 6:30 pm,
in the cinema room of the musée du quai Branly (in the basement - free access) a conference by 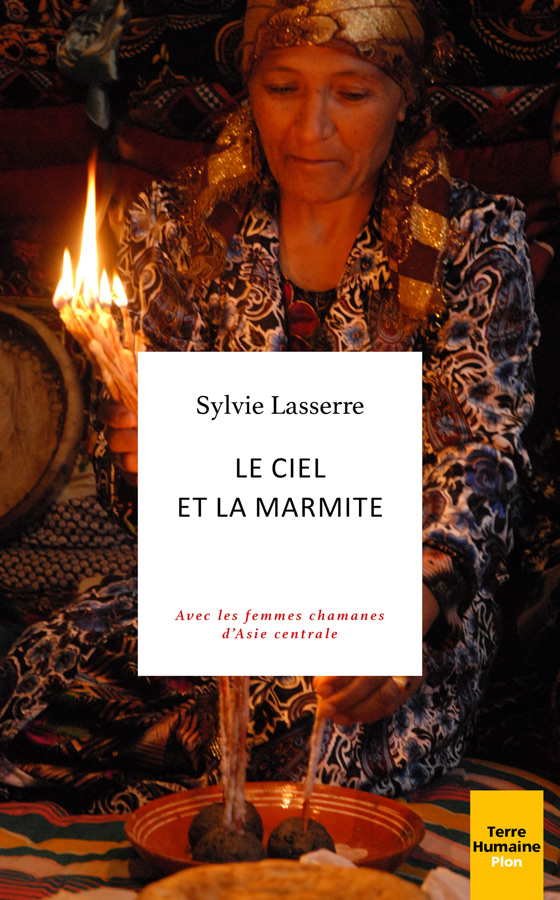 His intervention will begin with a film. 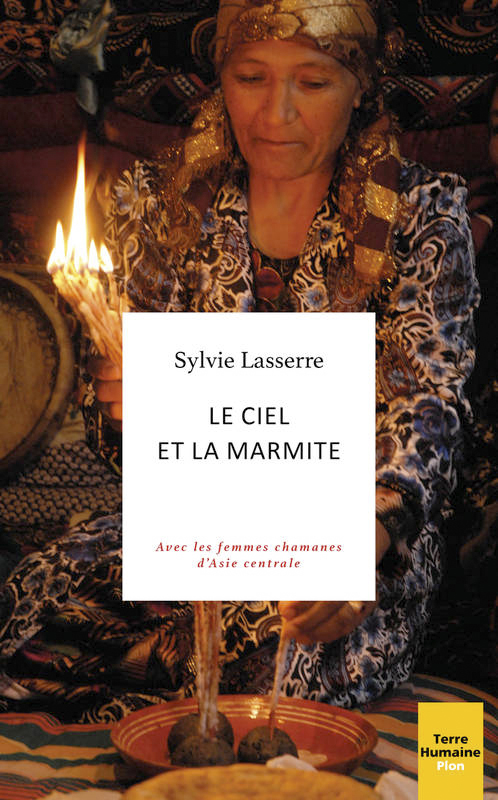 The sky and the pot

With the women shamans of Central Asia

We are on the borders of Uzbekistan, at the height of winter. In the distance, the snowy peaks of the Turkestan mountains. A dry river, which serves as a track. At the edge, a farm, the last one before Tajikistan. There lives Mayram, a renowned shaman, whose life Sylvie Lasserre has shared. A few years later, on the other side of the border, the author befriends Mavlyuda, another renowned shaman.

In this remote region of Central Asia where shamanism has a strong pre-Islamic background, Mayram and Mavlyuda heal women in rituals called ko'ch' during which strange phenomena occur.

Through these rituals that she deciphers, the author shares with us emotions and life stories for an in-depth journey into the fascinating universe of this shamanic ritual. With the passing of the pages, the initial incredulity fades away, while another vision of a world questioning in hollow the faults of our modern societies is revealed.

Born in Morocco, doctor in physics, Sylvie Lasserre left a career as an engineer to start writing, photography and reporting. She has been traveling through Central Asia since 2004. She graduated from the EPHE in social anthropology and is a member of the Asian Society. 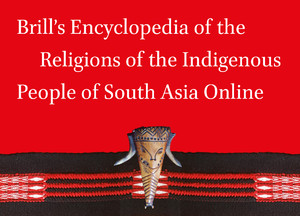 Brill’s Encyclopedia of the Religions of the Indigenous People of South Asia strives to reflect the diversity of indigenous cultures of South Asia with its many language groups and religious traditions. Shaped by their own mythologies, these tribal religions differ in form and content from Hinduism, Buddhism, Jainism, Islam, Sikhism, and Christianity, though variants of the latter traditions have been adopted by some indigenous people. Religion is taken in a broad sense and includes aspects of morality, symbolism, identity formation, environmental concerns, and art. Far from being simple survivals of an earlier stage, these religions often show remarkable capacity for adaptation and change. The approach is contemporary rather than a reconstruction of an anterior state, though it does not overlook relevant historical processes. 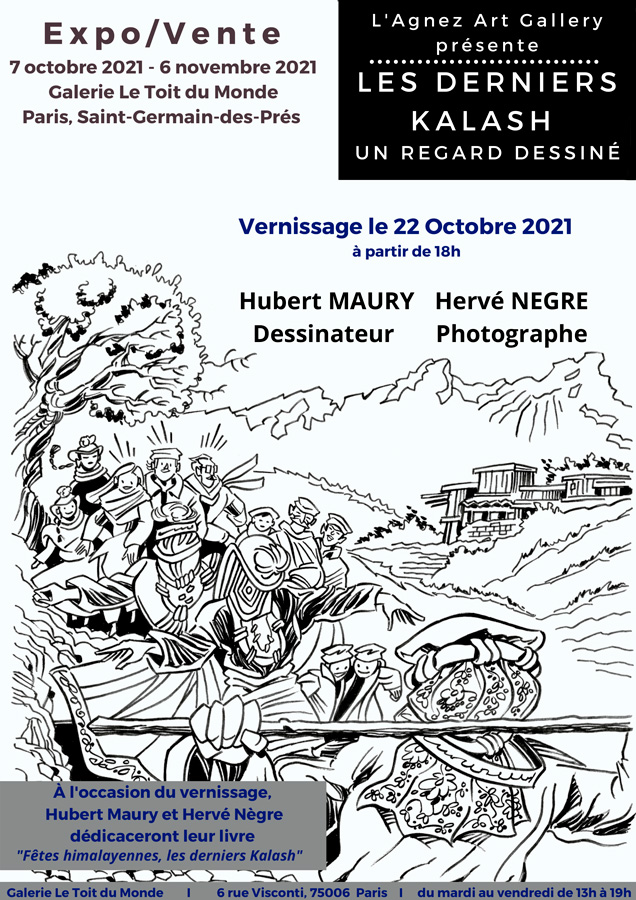 Make way for the youth!

We leave at the disposal of Nicolas Samson-Agnez - Agnez Art Gallery - Galerie Nomade : - www.agnez-artgallery.com, our picture rails to present the plates drawn by Hubert Maury illustrating the catalog of the exhibition at the Musée des Confluences in Lyon on this theme.

They will be accompanied by photographs of Hervé Nègre who participated in the expeditions of Jean-Yves Loude and Viviane Lièvre among the Kalash.

Opening on October 22 from 6 pm 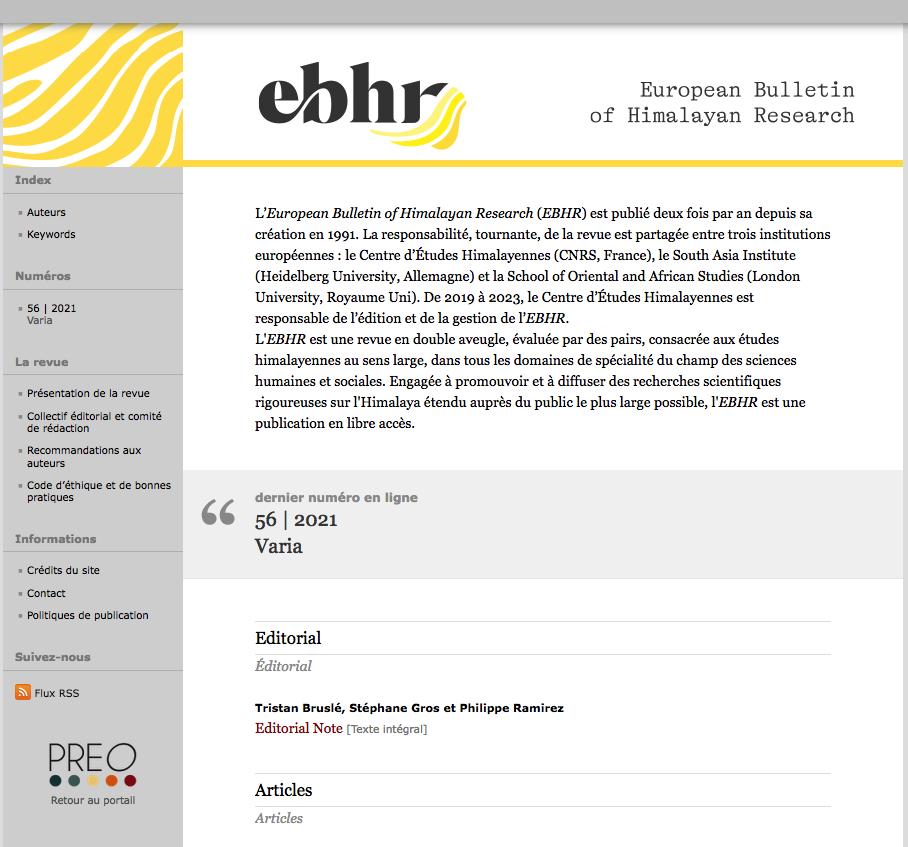 Is pleased to announce the publication of the first online issue of this journal which is celebrating its thirtieth anniversary ! You will find our usual columns, with an article by Pascal Bouchery on the terminology of the Adi kinship of Arunachal Pradesh and an article by Gérard Toffin on the religious worlds of newar guthis associations.  Tanka Subba launches our column relecture which aims to comment on an article considered important in her field of study, in this case that of the movements of populations from Nepal to northeast India. Samuele Poletti, meanwhile, inaugurates the section photographic essay, developing a reflection on the conversion to Christianity in northwestern Nepal. Finally, this issue affirms our desire to inform on the current state of research thanks to the four abstracts of recently defended theses and the eight book reviews, one of which will lead to a response from the author in the next issue, instilling a welcome debate.

EBHR is a journal carried by the Centre for Himalayan Studies (UPR299 CNRS), the South Asia Institute (University of Heidelberg) and the School of Oriental and Asian Studies (London University). The digital transition was carried out with the support of the MSH de Dijon (UAR3516 CNRS-UBFC/uB) on PREO, its open-access distribution platform.

Kucha and Beyond: Divine and Human Landscapes from Central Asia to the Himalayas

will be held from November 2 to 4, 2021 in
Bibliotheca Albertina,
Vortragssaal,
Beethovenstraße 6
04107 Leipzig

AN INFINITE WORLD: SHAMAN ARTISTS,
AROUND A COLLECTION FROM THE HIMALAYAS

The Fernet-Branca foundation in Saint Louis organizes an exhibition of paintings inspired by shamanism around Pierre Zinck's Himalayan art collection.

A conference was organized for this occasion, in which we participated. 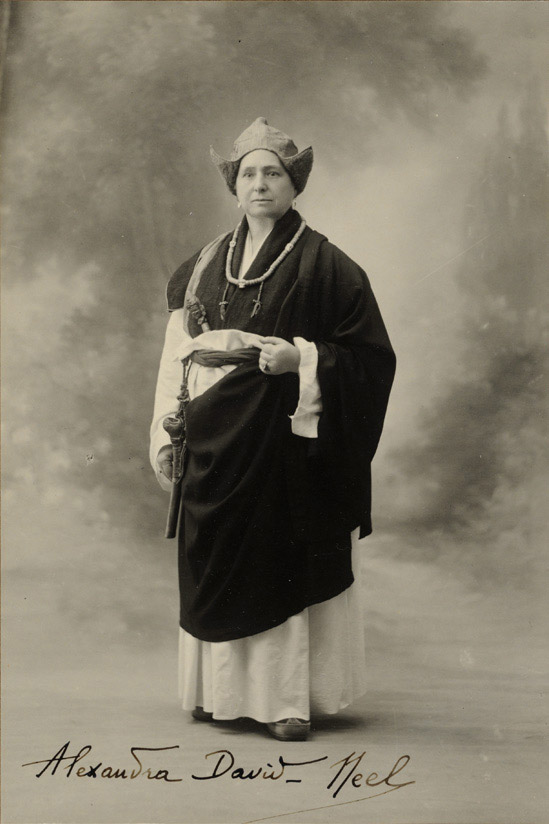 If the traveler and explorer is well known, other aspects of her life are much less known.

In the course of lectures we will address two of them.

His career as an opera singer

She was a singer and wrote a book The Great Art about the life of a singer, the first part of which is obviously her experience.

She also wrote the libretto for an opera Lidia that her lover at the time Jean Hautstont set to music and that she sang. Samuel Thévoz , Doctor of Letters from the University of Lausanne, associate researcher at the University Sorbonne nouvelle - Paris 3 / UMR 7172 THALIM, who participated in the edition of Grand Art will comment on her career.

Frédérique Varda and Jean Goyetche recorded an excerpt from Lidia, which has never been edited.

This excerpt will be screened in the presence of the two singers who will comment on it.

Jeanne Mascolo de Filippis who wrote a book Alexandra David-Néel - 100 years of adventure and made a film about her will participate in this conference.

Christine Roux, Doctor of Letters, will talk about her involvement in Freemasonry.
Nicolas Eprendre will discuss her relationship with Elysée Reclus and anarchy.
Jeanne Mascolo de Filippis will talk about her feminist struggle.
Master Emmanuel Pierrat, who is familiar with Freemasonry in India, will discuss this aspect. The Maharaja of Sikkim, a great friend of Alexandra David-Néel, belonged to a lodge in Calcutta.

These two conferences will be held at :

Access will be primarily reserved for members of the association and the sanitary rules imposed according to the context will be respected.