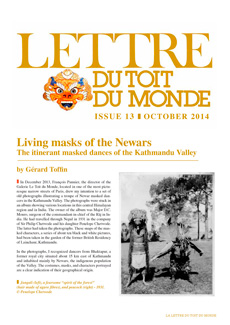 LETTRE-TDM-n°13: LIVING MASKS OF THE NEWARS, The itinerant masked dances of the Kathmandu Valley