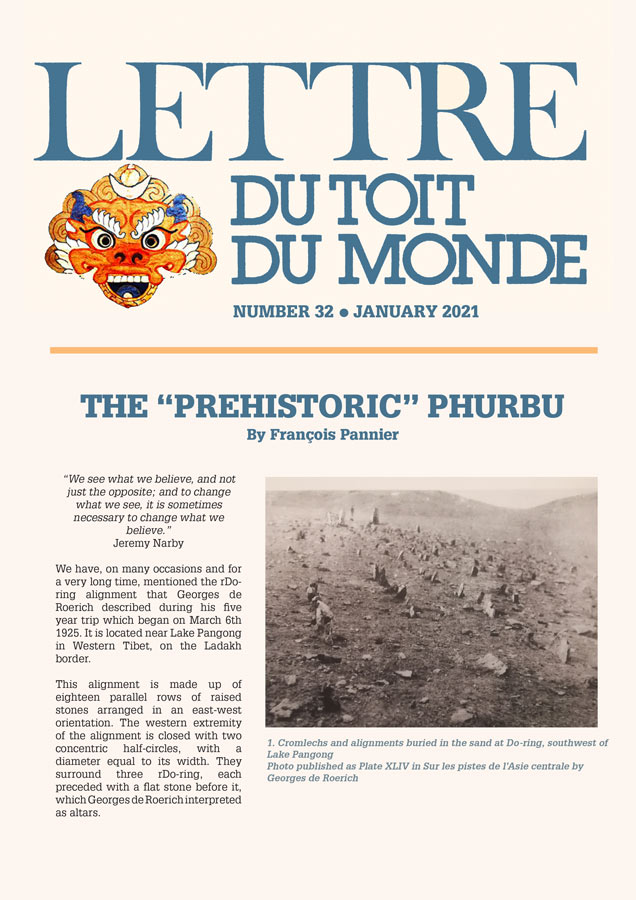 “We see what we believe, and not
just the opposite; and to change
what we see, it is sometimes
necessary to change what we
believe.”
Jeremy Narby

We have, on many occasions and for a very long time, mentioned the rDo-ring alignment that Georges de Roerich described during his ﬁve year trip which began on March 6th 1925. It is located near Lake Pangong in Western Tibet, on the Ladakh border.

This alignment is made up of eighteen parallel rows of raised stones arranged in an east-west orientation. The western extremity of the alignment is closed with two concentric half-circles, with a diameter equal to its width. They surround three rDo-ring, each preceded with a ﬂat stone before it, which Georges de Roerich interpreted as altars.