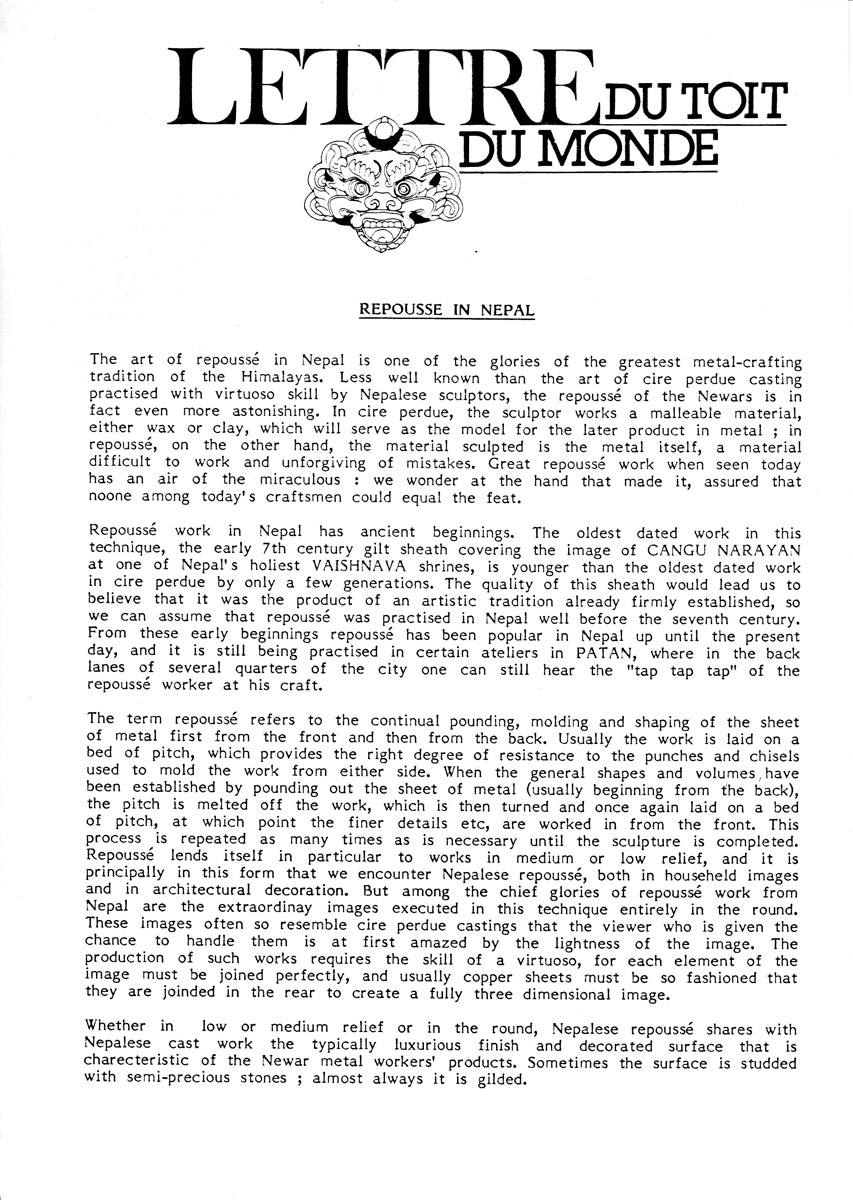 The art of repoussé in Nepal is one of the glories of the greatest metal-crafting tradition of the Hima.layas. Less well known than the art of cire perdue castin practised with virtuoso skill by Nepalese sculptors, the repoussé of the Newars is in fact even more astonishing. In cire perdue, the sculptor works a malleable material, either wax or clay, which will serve as the model foi the later product in metal ; in repoussé, on the other hand, the material sculpted is the metàl itself, a material dif f icult to work and unforgiving of mistakes. Great repoussé work when seen today has an air of the miraculous: we wonder at the hand that made it, assured that noone among today's craftsmen could equal the feat.

Repoussé work in Nepal has ancient beginnings. The oldest dated work in this technique, the early 7th century gilt sheath coverlng the image of CANGU NARAYAN at one of Nepal s holiest VAISHNAVA shrines, is younger thân the oldest dated work in cire perdue by only a few generations. The quaiity of this sheath would lead us to believe that it was the prod.uct of an artistic tradition already firmly established, so we can assume that repoussé was practised in Nepal well befoie the seventh century. From these early beginnings repoussé has been popular in Nepal up until the present day, and it is still being practised in certain atetiers in PATAN, where in the back lanes of several quarters of the city one can still hear the 'tap tap tap" of the repoussé worker at his craft.